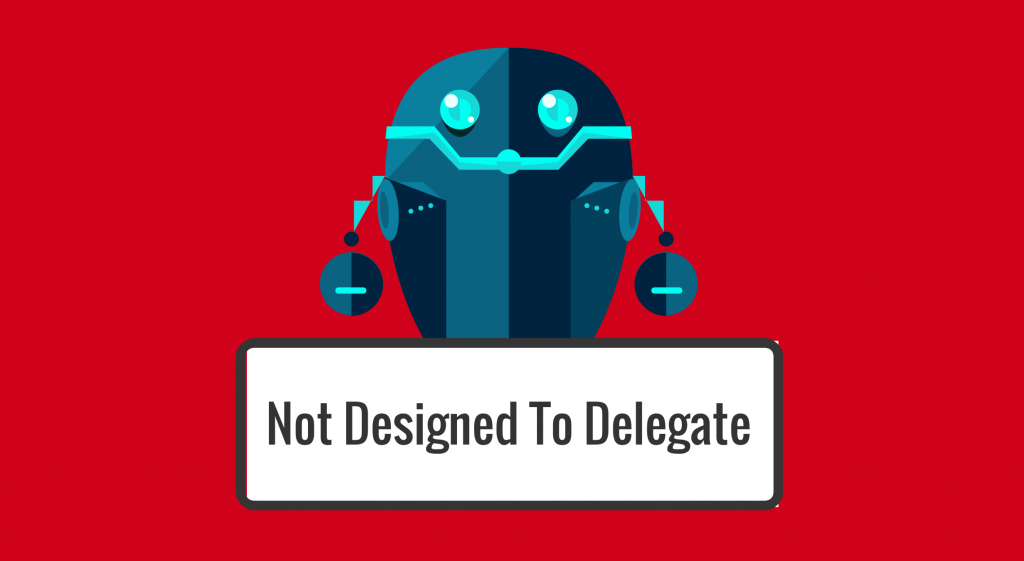 Not Designed To Delegate

What would happen if you put this person in at left tackle on your favourite football team? I’m thinking your quarterback would wind up on the turf a little more than you’d like.

This same person has a significant emotional inability to delegate. What would happen if you put him in a role where he was forced to delegate on a daily basis? I’m thinking that this will go about as well as the quarterback example above.

The point is, when it comes to the physical limitations of people, it becomes obvious to us in a hurry as to what they can and cannot handle, and we therefore rarely put them in positions where they are set up to fail.

Amazingly, we tend to do the exact opposite when it comes to emotional limitations. The belief is that we can expect people to change, suck it up, stop being so lazy, rude, pretty, aggravating, etc. All this despite the fact that we have overwhelming evidence to the contrary.

Emotional limitations are just as real and just as limiting as physical ones. Theoretically this person could become “better” at being a left tackle. He could develop a love affair with chicken and quinoa, focus on the training, the prayers and the vitamins, get bigger, faster and stronger and become closer to what he’d need to be to become a starting left tackle.

If however this person came to you and said, “by this time next year I’ll be paid to keep a quarterback safe” you’d think he’s crazy. There is a readily accepted ceiling on how much of a physical transformation he can go through.

If however this person was your boss and said, “by this time next year I’ll be the world’s best delegator” you’d not only believe him, you’d be very quick to judge him when he fails.

Once you recognize that his odds of playing left tackle and his odds of ever being ok delegating are the same, I think you’d take a more constructive approach to solving the issue surrounding his lack of delegation.

Good leaders delegate. At least this is what we are all told. So what does that do to the psyche of the leader who quite honestly is not designed to delegate?

Well I’ll tell you because we see it first hand with the leaders we coach all the time. A shame spiral emerges that in extreme cases cripples the leader’s ability to do the amazing things that resulted in them becoming a leader in the first place.

They are given an impossible choice; delegate, which they are not built to do and will therefore do poorly, or don’t delegate and earn the label of a weak leader.

The solution is to restructure communication, workflow and processes to limit the number of times you are asking this leader to be faced with this dilemma.

If you have a broken leg, it will hold you back from climbing the stairs. If your surroundings were to change to where the stairs are replaced with an escalator, everything changes. Your weakness remains as your leg is still broken. However, your circumstances are now such that this weakness is no longer a liability.

So my challenge to you if you happen to be one of the many who have a leader who is not designed to delegate is to no longer try to re-design the person but rather re-design your relationship with that person. Begin to limit the number of times you force them into the delegation dilemma. Take on the decisions you know you can make yourself yet have defaulted to giving to them. The less you test this person’s inability to do something we all know they will never do, the more opportunity you will have to witness the strengths they have that you didn’t realize that you cannot live without.